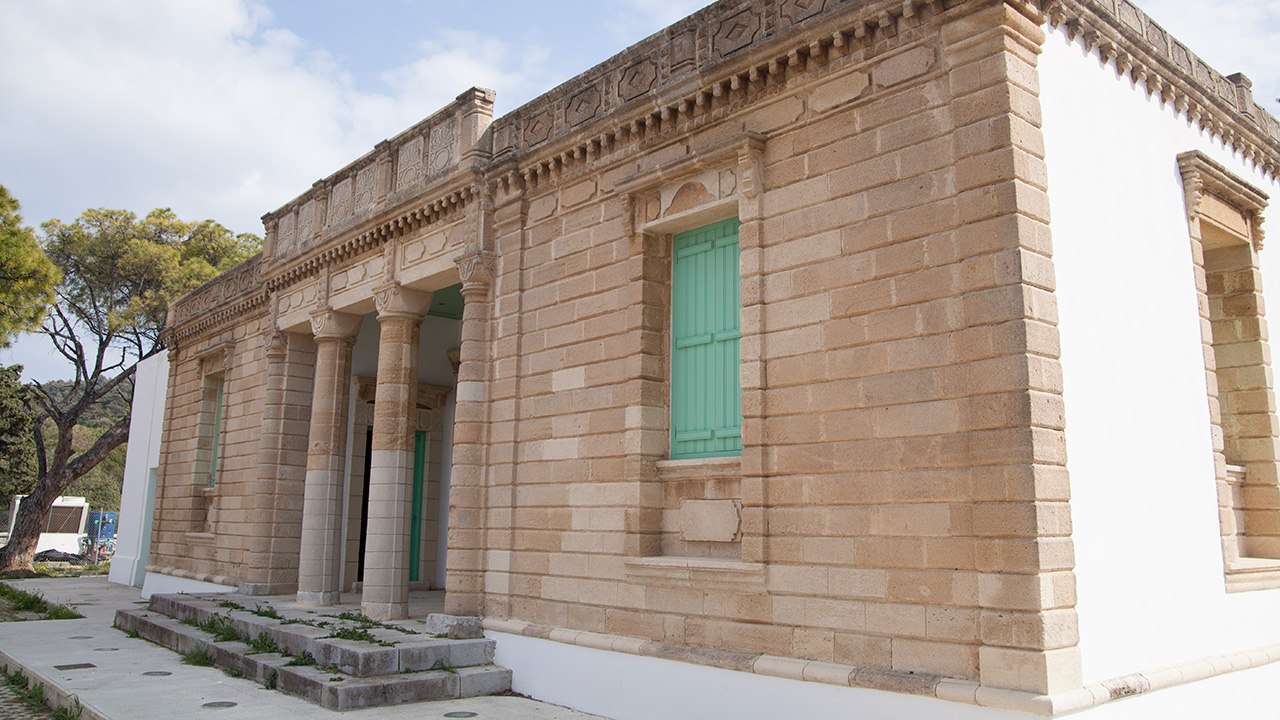 It is the old school whose position is in a prominent location at the foot of Mount Paradise, where the Grand Master Vellenev built a fort in 1344.

It was built between 1912-1915 with the facade (north face) overlooking the sea and the current airport of the island of Rhodes. When the school functioned as a cinema in 1926, two more rooms were added to the east and west. The eastern space was used as a stage space and storage space while the western hosted the projector.

Its operation as a cultural center began during the period of the Italian occupation and was the second most important cultural center of Rhodes after the National Theater. It was abandoned in the 1970s and ended up in the form of a ruin with its roof collapsed while the walls were seriously damaged internally and externally.

In 2007, the Municipality of Rhodes undertook the reconstruction of the building for which ”Ergonis” was responsible, and the Modern Monuments Ephorate had the supervision of it. The project was completed in 2014 and has since been the Cultural Center of the area.

The reconstruction had to do with covering the building with a new four-pointed roof, which is covered with a wooden false ceiling. The exterior facades were reconstructed with whole limestone pieces, following the old damaged sections. The internal masonry and structural elements of stonework were put in place while the coatings were removed and repainted using admixtures and breathable plasters. All the wooden frames have two openings and are made from scratch. They consist of glass with intermediate cross-like wooden frames, skylights and dark paneling. The exterior doors are wooden panels with two and four openings.