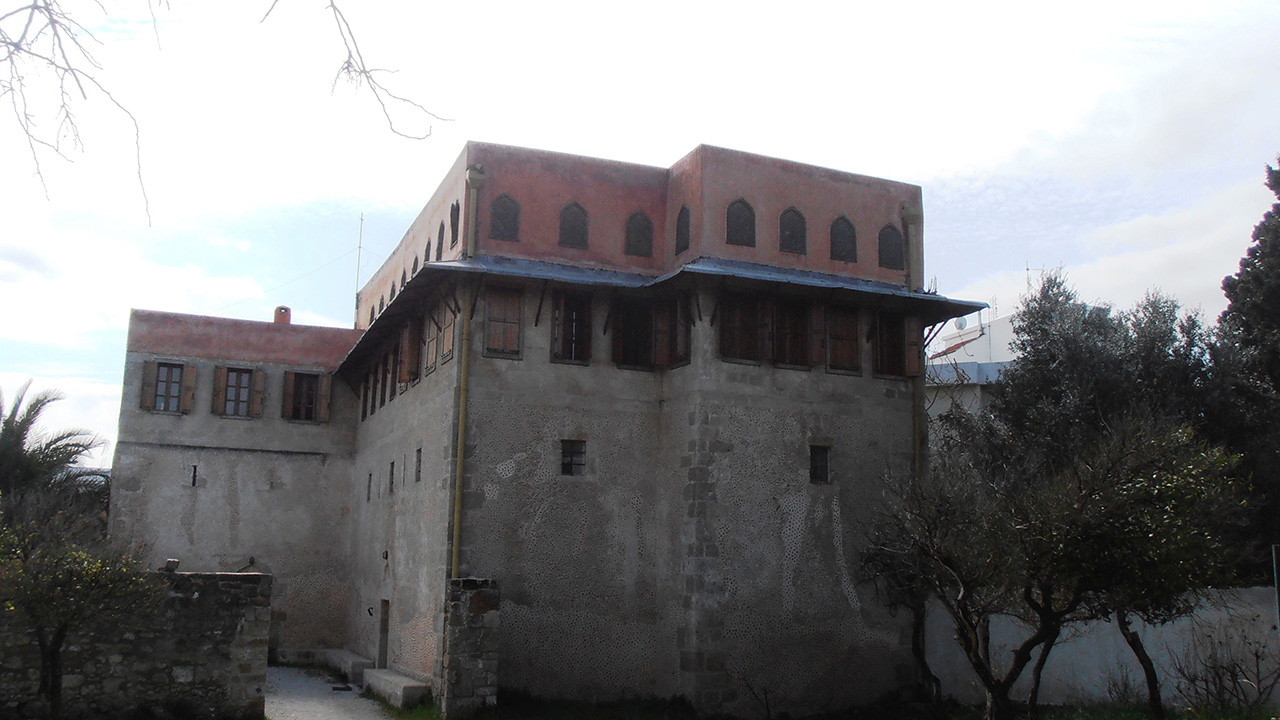 A building outside the walls of the Medieval City of Rhodes, at the borders of which the Ottoman rulers built summer houses in the areas given to them. A typical example of such is a summer Ottoman residence outside the medieval castle of the particular mansion Toptsoumbasis Aga, a two-storey Ottoman mansion with a Γ-shaped ground plan built around 1820-1870 in the district of the Metropolis.

One could enter the building via two doors, one at the large and one in the small side of the building, which led in an interior courtyard with an arched gate, surrounded by a tall mantle for maximum isolation.

On the ground floor there were the auxiliary rooms and on the first floor the main rooms.

The ground floor of the larger side was a spacious open room of high height, about 4.80 m, that included separated women’s’ and men’s’ rooms and a traditional bed and storage space made of stone.

In the small side of the Mansion where the secondary rooms, the bathroom and the kitchen.

The imposing, rigid building has the form of a fort, cut off by surrounding activities.

On the ground floor we can see windows at a great height from the floor to ensure the privacy of the house, while the sides of the floor are characterized by numerous openings and the House Badge between the windows and the skylights (see Fig.)

Today the building is used to house the Citizens’ Service Center of the district of the old Metropolis of Rhodes (Marasi Metropolis) and is in excellent condition precisely due due to its everyday use and the constant energetic situation in which it is located.